All you need to know about the ‘antibiotic apocalypse’

The post-antibiotic era will be a frightening place to live – but there may be ways to avoid disaster.

Antibiotic resistance was around long before we started using antibiotics with a frequency and enthusiasm that borders on addiction. The same genes that modern bacteria are currently loading up on to protect themselves against antibiotics have been found in ancient bacteria frozen in Arctic permafrost for over 30,000 years.

These genes – which would have imbued those ancient bacteria with resistance to some of our top-line antibiotics – didn’t confer much of an advantage when our ancestors were busy trying to pick woolly mammoth out of their teeth.

But since we started slinging antibiotics at every real or imagined pathogenic threat, we created the perfect conditions to make resistance genes the hottest accessory for every bacterium around.

Even the godfather of antibiotics Sir Alexander Fleming, discoverer of penicillin, warned of the risk of spreading resistance back in 1946, arguing the public demand would mean that drugs were over-used until the bacteria evolved better defences. “The thoughtless person playing with penicillin treatment is morally responsible for the death of the man who finally succumbs to infection with the penicillin-resistant organism,” he told readers of the New York Times. “I hope the evil can be averted.”

The antibiotic crisis is one of the topics that will be discussed at the BBC Future’s World Changing Ideas Summit in Sydney in November.

HOW BAD IS IT REALLY?

Remember tuberculosis? You probably don’t, because for most of us our closest encounter with this awful infection has been watching Nicole Kidman’s character Satine elegantly expire from it in the movie Moulin Rouge.

Thanks to the antibiotics isoniazid and rifampicin, Mycobacterium tuberculosis has been largely banished from wealthy western society (although it never quite went away from the rest of the world).

But now it’s back, and it’s worse than ever. We are seeing an alarming increase in cases of tuberculosis resistant to both isoniazid and rifampicin, emerging in parts of the world such as Papua New Guinea, India, China and Russia.

Multi-drug resistant tuberculosis has been nicknamed ‘Ebola with wings’. It’s easily transmitted through a cough or a sneeze, and your chances of surviving it – even with the best medical care – are around 50%.

But that’s not even scratching the surface of the antibiotic resistance problem. In the United States each year, at least two million people acquire a bacterial infection that is resistant to antibiotics, and more than 20,000 of them die from these infections. Hospitals are seeing bacteria such as Escherichia coli – which is a common cause of gastroenteritis – and Pseudomonas aeruginosa – a cause of sepsis and other unpleasant, possible fatal conditions – that are resistant to carbapenems, one of our last lines of antibiotic defence.

Still not worried? Here’s another thought: quite a few sexually-transmitted infections are caused by bacteria – syphilis, gonorrhoea and chlamydia, for example. We’re already having trouble treating gonorrhoea because of antibiotic resistance. Imagine if we had nothing to treat it at all?

That would seem like the easy answer to this problem, but unfortunately it’s not.

The so-called ‘antibiotics pipeline’ of new drugs has been drying up for years, as the pharmaceutical industry looks to quicker, easier and more lucrative markets like cancer and heart disease. A course of antibiotics might be priced at around $1000, but chemotherapy for cancer can run to tens of thousands of dollars, and a person might take a cholesterol-lowering drug every day for a decade or two.According to the Infectious Diseases Society of American, every antibiotic currently in use is a derivative of an antibiotic discovery made before 1984. Antibiotics also represent a particularly tough scientific, regulatory and economic challenge for drug companies, so it’s no wonder they’re abandoning the field in droves.

WHAT ARE THE SOLUTIONS?

The most important one is to stop using antibiotics for all but the most essential applications. Having been utterly wanton in our use of this magic bullet, we are now taking a long, hard look at long-held wisdoms and practices with antibiotics. For example, conditions such as ear infections and urinary tract infections might not need antibiotic treatment in many cases (as always, talk to your doctor), and even the mantra that we must always finish a course of antibiotics is being challenged.

It’s not just doctors who have to change their practice: patients might need to realise that antibiotics aren’t a panacea for all their coughs and sneezes. The problem is, most upper respiratory tract infections – colds and flu – are caused by viruses, whereas antibiotics can only kill bacteria.

There have also been strong, repeated calls for an end to, or at least substantial reduction in, the use of antibiotics in agriculture. The World Health Organization has called for the agricultural sector to look to alternatives such as immunisation, or improve hygiene and biosecurity to reduce the risk of infection in animals. And, as in humans, farmers should only give antibiotics to animals with a bacterial infectious disease.

ARE THERE ANY MORE RADICAL SOLUTIONS?

Antibiotic stewardship and being told to ‘suck it up’ when we’re ill aren’t all that sexy, so naturally, scientists are also trying to innovate our way out of this ditch. And why reinvent the wheel when there are already perfectly honed bacteria-busting weapons lying around. 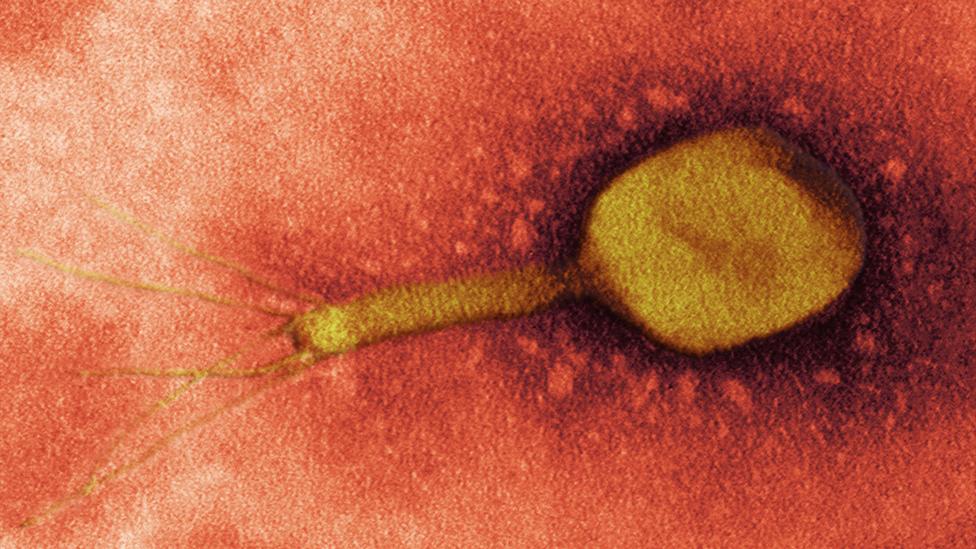 Bacteriophages are viruses that kill bacteria; their name literally means ‘eater of bacteria’. The name is a bit misleading: they don’t actually eat them, but use them as a host in which the virus can replicate itself and spread to other bacteria.

Bacteriophages were discovered back in 1915, and were even used during World War II to treat gangrene. They are now being revisited as a possible solution to the antibiotic crisis, and research teams all around the world are racing to recruit these microscopic murderers to the human cause.

And of course, we haven’t given up on finding new antibiotics. But these new antibiotics have the Sword of Damocles hanging over them; one day, they too will be outsmarted and will fall by the wayside all with all their predecessors. It’s an arms race we will never win, but hope desperately not to lose.